Adding a new chapter to a long and successful career as a Primetime Television Producer, multi-Emmy Award winner and producer, Doug Stanley is the visionary and architect behind the deeply talented team at Ridgeline Entertainment.

He is best known for his seven years producing Discovery Channel’s global hit show “Deadliest Catch,” but he has produced top shows for many networks, including FOX, ABC, Animal Planet, and CMT. In the past year alone, acting as a showrunner and executive producer, he delivered 34 episodes of new programming to national television.

Prior to life in the television industry, Stanley led an active “outdoor” life working as a Yosemite rock climber, a professional ski patrolman, and a lead river guide for a Grand Canyon whitewater rafting outfit. This experience has played a major role in his ability to successfully “bring home the goods” when it comes to television production in the most extreme environments.

Mike Peters is a Pulitzer Prize-winning editorial cartoonist and he’s won the National Cartoonist Society Reuben Award for best cartoon for his popular strip, Mother Goose and Grimm. His strip appears in over 500 papers around the world and has over 100 million daily readers.

Mike turned his comic strip into a hit animated series, also called Mother Goose and Grimm. Mike also starred in his own series called The World of Cartooning with Mike Peters and wrote for Steven Spielberg’s hit series Toonsylvania. 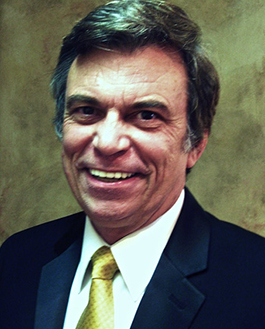 Andy Bamberger is one of the few people who has been both a network executive and an independent producer.

He was a VP at Nickelodeon. At Nickelodeon he oversaw over 1,000 hours of programming. Andy has also produced many shows like Pet Psychic and Petsburgh USA on Animal Planet and Secrets of the Animal Kingdom on ABC. He also produced on 4 Emmy-winning seasons on Sesame Street. 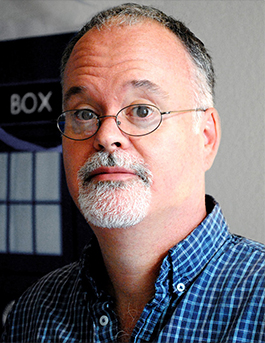 Eddie Pittman has been a professional cartoonist for 25 years. He has worked on animated feature films, such as Disney’s Mulan, Tarzan, and Lilo & Stitch. Most recently, Eddie was a writer and story artist for Disney’s hit series, Phineas and Ferb and made the jump into voice acting for Phineas and Ferb: Star Wars.

He now has the distinction of being the only cartoonist to play the voice of Darth Vader. Eddie is also the creator of award winning all-ages webcomic, Red’s Planet, soon to be published by Abrams ComicArts. 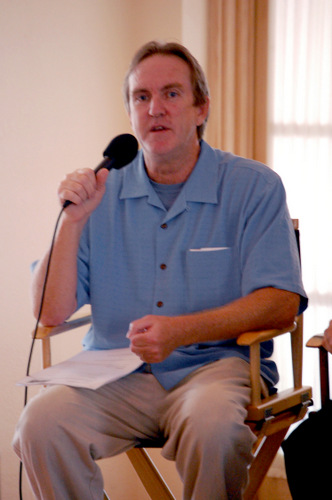 He has worked as a professional scriptwriter for more than 25 years. He was a featured writer on the HBO comedy series, “The Investigators,” produced by Oscar-winning director Barry Levinson. He scripted the pilot episode and helped create the format for “Next Big Star,” the Ed McMahon-hosted talent show featuring audience voting which preceded “American Idol,” and ran as a successful series in syndication. He co-wrote the pilot for “The Late National Lampoon Show” on CBS, as well as co-wrote (with L.A. comedy scribe legend Bruce Vilanch) television comedy movies for CBS and Motown Productions.

Wayne worked in Hollywood for 16 years and sold more than 10 feature screenplays to the major studios, including Universal, Paramount Pictures, Fox, and National Lampoon. He was an A-list Writers Guild writer consulted by major studios seeking top talent to script star-driven feature projects. He worked with major directors on projects based on his own screenplays, including Richard Donner, and Academy Award-winning directors Tony Richardson and James Cameron.

Wayne currently writes out of Orlando, where he consults on feature and television projects, guest lectures, and has taught university courses on scriptwriting. He is a featured speaker at Sell Your TV Concept Now’s Hit Maker Summit, and works with their clients on developing series concepts into story and character-driven scripts with prime appeal to the entertainment industry. Scripts that he has either written or co-written for clients have won film festival contests all across the United States. 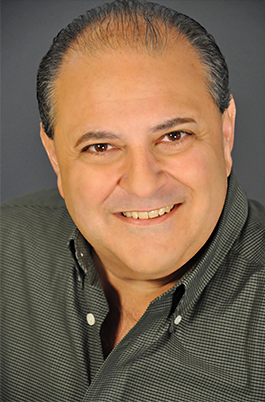 Born and raised in Chicago, Illinois, Tracy left the city as a teenager but the windy city has never left him.

With a love for magic, Tracy began as a performer at the age of 9 at a local Chicago steakhouse as a close up table magician.

After many years of performing in musical comedies and dinner theater, Tracy’s family deciding that Chicago winters were getting too brutal, relocated to Florida.

Tracy received a BFA in Theater and a Minor in Radio/Television Communications.
After graduating college he went to work for a subsidiary marketing group of Playboy International as an Emcee. In 1981 he opened Railway Video Productions in Winter Park, Florida.

He sold the business in 1986 when he received a scholarship with The Second City Training Center in Chicago. He graduated after training with many of the best and was employed at The Second City until 1989 working with many great improvisers. While in Chicago he also worked on the films THINGS CHANGE and ABOVE the LAW.

In 1990, Tracy relocated back to Florida where he was hired as a series regular on Nickelodeon’s WELCOME FRESHMEN, as Coach Roach/Rochelle.

Over the years, Tracy has been cast in many different TV and Film roles. Including Keenan and KEL, Earth to the Moon, Unsolved Mysteries, America’s Most Wanted, and others. He is still currently a working SAG-AFTRA actor.

Tracy also works in the industry as a Producer, Director, Casting director, and Acting coach.
This is the business he will be in until he leaves this world. Then, he may produce a Reality series based on the Afterlife.

Past Speakers and Mentors

Kim Dawson is a 35+ year veteran of the film and television industry. He has served as a Production Executive & Line Producer for Showtime Networks, Trans World International, and “Making the Band” with Trans Continental Companies in a joint venture with ABC and MTV. Kim also produced “Teenage Mutant Ninja Turtles I-II-III” for New Line Cinema. 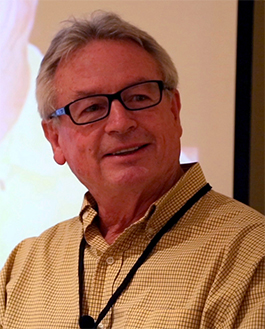 He produced 65 episodes of “THE NEWZ” for Columbia Tri-Star Television at Universal Studios Florida. In 1996, he was Supervising Producer for “Tarzan the Epic Adventures” shot in Central Florida utilizing Disney MGM and Universal stages. He was the Coordinating Producer for 3 seasons of MTV/ABC’s “Making the Band” from 1999 to 2001 on behalf of series creator Trans Continental TV.

Previously, with Gary Propper Entertainment, he produced Carrot Top Live as a cable TV Special. He also produced a pilot for VH1 with the comedian Gallagher.

Kim has been on both sides of the pitching desk, taking pitches as an executive at Showtime and giving pitches as the owner of SkyDog Productions. 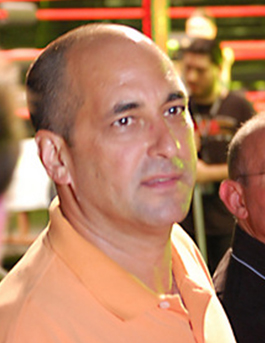 Scott Fishman, senior vice president and executive producer, Spike TV/Viacom Media Networks
Orlando resident Scott Fishman has worked for MTV Networks and its parent company, Viacom Media Networks, since before the launch of MTV in 1981. In March, Fishman was promoted to senior vice president and executive producer of Spike TV.

One of Fishman’s main roles is executive in charge of production, in which he acts as the liaison between the network and a show, such as TNA Impact Wrestling which is shot at Universal Studios in Orlando. In addition, Fishman manages the growth and production of Bellator Fighting Championships, a new show coming to Spike TV in 2013.

“After making TV for 30 years, I still wake up every day excited about going to work,” said Fishman. 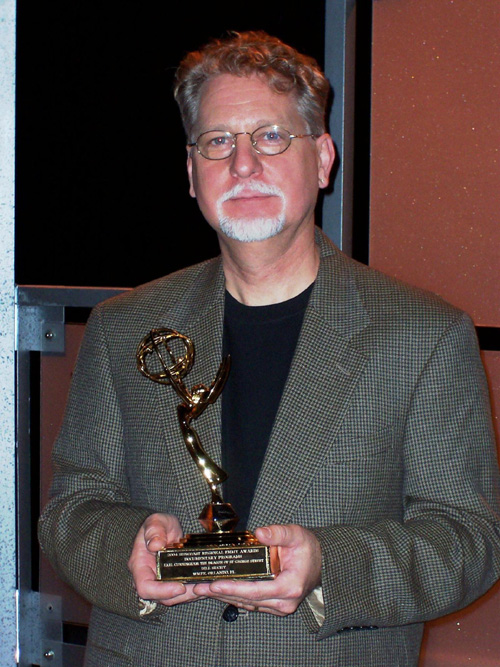 Bill has created, written and or produced some of the most popular documentary programs on broadcast television, including the WNET, PBS Nature Special “Cats”, the Academy Award nominated feature documentary, “Building Bombs” (narrated by Jane Alexander) and the acclaimed wildlife specials, “In Praise of Wild Florida” and “For the Love of Manatees.” On the National Geographic Special, “Realm of the Alligator” nominated for three Emmys (received two), Bill was creative and production consultant.

Presently Bill is station manager of Orlando’s Orange TV where he has created numerous award-winning original series. He is also president of the Florida Media Arts Center, a 501c3 nonprofit organization promoting the film and video arts and is a consultant to the World Arts Center. 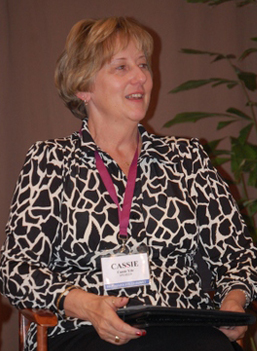 Cassie is the President of The Television Syndication Company The Television Syndication Company (TVS). TVS is a full-service syndication and distribution organization that provides the best of new programming from the world’s most creative producers to television, DVD, in-flight and educational outlets worldwide. The company’s services include barter syndication in the USA; cash licensing worldwide; associated offices that cover the globe; and active acquisition of programming. 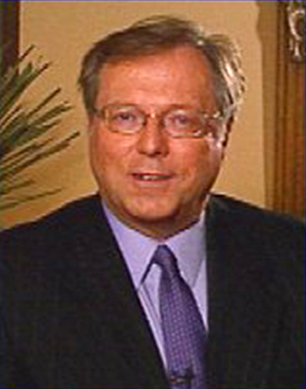 Rhett created and sold the hit Animal Planet Series Zig & Zag, The Ultimate Dog Adventure. He’ll share with us everything it took to sell and produce his series.

A former network anchor and national news correspondent, Rhett has created, produced, directed, written and hosted over three thousand program episodes during his broadcast career. His credits include productions on the Global Television Network and CTV Network in Canada, USA Network, Animal Planet, and syndicated networks, as well as Walt Disney. Rhett is a member of the Screen Actors Guild/AFTRA, and his work has won three Edward R. Murrow awards for excellence in broadcast journalism.

All of our speakers are active in production. We do everything in our power to make sure they all attend, but at times production may pull them away. We cannot guarantee each speaker will appear.